According to reports, the injury will keep him out of action until February13-28.

The Foxes currently sit second in the Premier League. The 23-year-old has featured for the Foxes
23 times this season, scoring two goals. 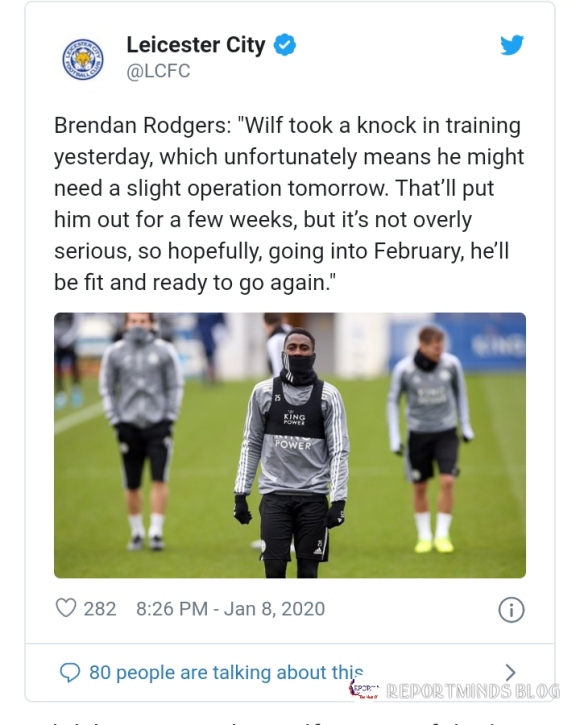 The Super Eagles star joined from Genk in January 2017.

His absence will be a major blow for Leicester City’s manager Brendan Rodgers.

Speaking before his side’s Carabao Cup semi-final clash against Aston Villa, the former Celtic manager confirmed Ndidi took a knock in training and will
have to undergo surgery.

“Wilf took a knock in training yesterday, which unfortunately means he might need a slight
operation tomorrow. That’ll put him out for a few weeks, but it’s not overly serious, so hopefully, going into February, he’ll be fit and ready to go again.”